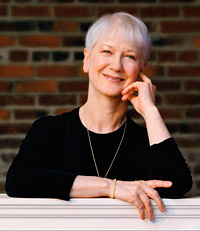 Margot Hanson's professional background includes jazz, opera, Broadway theater, television, and radio. She sang with the National Jazz Ensemble in New York and was a guest with the Swedish Radio Jazz Orchestra. She spent five years with the San Francisco Opera Company. She was in the original Broadway cast of "Promises, Promises" as well as the original Off-Broadway cast of "Now is the Time for All Good Men". She sang as a regular guest on the Arthur Godfrey radio show and has recorded with United Artists, Columbia Records, Chiaroscuro Records, Folkways, and Spoken Arts.

After leaving New York and San Francisco for Bellingham, Washington, Margot performed locally at the Bellingham Festival of Music and occasionally found time to do productions in Western Washington University's summer stock (Anna, in "The King and I") and with the Bellingham Theatre Guild (Domina, in "Forum"), for which she won the best supporting actress award in 2000. She most recently was seen in "The Mystery of Edwin Drood", in the role of Princess Puffer, at the Bellingham Theatre Guild, where again, she won the best supporting actress award in 2009.

Her first solo album is, "It's About the Song", and she has most recently recorded her second solo album entitled, "I'd Rather Be Singing".

Margot's teaching includes workshops at the Hochschule fur Darstellendekunst in Graz, Austria, and at the Taller de Musicos in Santiago and Madrid, Spain. She is an associate of Michael Warren (New York City) and participates in his Intensive seminars both in New York and Bellingham. She had a private studio in Bellingham where she taught vocal technique and repertoire since 1986. Many of her Bellingham students continue their studies with her on Skype.

Margot's teaching encompasses strong, healthy vocal technique developing stamina and range applicable to all singing styles. As a vocal coach, she is familiar with an extensive repertoire in the classical field as well as Broadway theater and jazz standards. Her students have gone on to successful careers on Broadway and internationally recognized opera companies as well as in pop, rock, and country music.

Margot has students whom she teaches by appointment through Skype. When studio lessons are not practical, some students have opted for this method and are comfortable with their progress.